Welcome to Mr. Moffett's homepage! I am proud to serve as director of bands for the students of Komarek School District 94! The 2020-2021 school year marks my 24th year teaching band at the middle school/junior high level. It has really flown by! I have been the band director at Komarek School for the past seventeen years. Previous to joining the staff at Komarek I taught band for seven years in Joliet, IL. In addition to leading the Beginning, Cadet, Concert, and Jazz Bands at Komarek, I also instruct all 4th Grade General Music classes.

My first experience with making music was joining my school's beginning band at the end of my fifth grade year way back in the mid 80's. (I know. I'm old!!) Anyways, I remember walking into the band room back then and being awestruck at all the cool and unique looking instruments, and after some back and forth I finally decided that the saxophone would be my instrument. After that first sax lesson I was hooked. I practiced hard and pursued the saxophone seriously on thru high school and was eventually awarded a saxophone scholarship to study music at the University of Illinois at Urbana/Champaign. I went on to complete my Bachelors and Masters Degrees in Music Education from the University of Illinois.

In addition to teaching band and music courses here at Komarek, I also currently serve as professor of saxophone at Benedictine University in Lisle, IL. I am active as a woodwind clinician and adjudicator throughout the Chicago land area. I am currently sponsored by Conn-Selmer, Inc. as an Artist-Endorser and am proud to perform on and endorse Selmer saxophones (www.conn-selmer.com)

Although I LOVE teaching music and working with young musicians, I have a strong passion for performing music as well. As a freelance professional saxophonist I have gotten to tour & perform with multiple Grammy Award winners, Rock & Roll Hall of Famers, AMA recipients, Juno Award winners, & Billboard Magazine chart toppers, including the Buckinghams, Gino Vannelli, CTA featuring Danny Seraphine & Bill Champlin, Martha Reeves & the Vandellas, Lou Christie, the Rascals, the Box Tops, Little Anthony & the Imperials, Dennis Tufano, Jay & the Americans, the Ides of March, the Shadows of Knight, New Colony Six, the Cryan' Shames, Peter Noone & Herman's Hermits, Gary Puckett & the Union Gap, the Vouges, Cyrkle, the Grass Roots, and Chuck Negron of Three Dog Night. I lead my own small jazz ensemble the Swing Collective and I am a founding member of the Chicago based Tower of Power-influenced funk band Soul Vaccination (soulvac.com). I am also frequently called on to sub with numerous jazz, rock, & blues bands in and around Chicago.

I currently reside in Westmont, IL with my wife Karen and our three children. We are a musical family I guess you could say; my wife is also a musician and a band director and our children all play instruments. My son David plays the trombone, my daughter Haley plays cello and clarinet, and my youngest daughter Clare plays the piano and hopes to one day play percussion. We will see about that one...

Originally Marvin Gaye's backup singers, Martha & the Vandellas became stars in their own right back in 1963 with hits that included "Nowhere to Run", "Jimmy Mack", "Heatwave", and "Dancing in the Street". Over the years the group would be a consistent presence on the music charts, as well as on television and top venues across the US and abroad. Martha and the Vandellas are still going strong today in America and overseas, and I'm proud to serve as the group's baritone saxophonist for all their US Midwest tour dates. This clip was recorded in early 2017 at the Arcada Theater in St Charles, IL.

The Buckinghams (Kind of A Drag)

The trademark opening horn line on the Buckinghams #1 hit "Kind of a Drag" became a signature of the Chicago horn sound in 1967 as the hit single swept the nation. Other hits quickly followed that year, including "Don't You Care", "Susan", "Mercy, Mercy, Mercy" and "Hey Baby". When USA Records released "Kind of a Drag" no one anticipated the demand as the single rocketed to #1 across the country. Cash Box Magazine named them "The Most Promising Vocal Group in America" that year, and they delivered. I'm proud to get to perform with the Buckinghams during their summer tour dates. This video was taken at our performance at Summerfest 2017 in Milwaukee, WI for a crowd of about 5,000 fans.

This video was taken from a performance I did with the Done Deal Band back in 2009. An oldie but a goodie!

This is a clip of Soul Vaccination, an 11-piece horn band that is made up of some of the top studio musicians from in and around the Chicago area. We play a mix of funk, soul, and rock music from Tower of Power, Chicago, and many others. This is a short clip form the Wire in Berwyn in November of 2016.

Soul Vaccination, one of my favorite bands to perform with! Soul Vaccination performs classic rock from Chicago, Blood Sweat & Tears, Tower of Power, Stevie Wonder, Earth Wind and Fire, and many others. This video was taken in Darien in February, 2016.

This is a recent performance I did with the Names, a 60's and 70's cover band that features members of the Buckinghams, the Blues Brothers Band, Electric Avenue, and the New Invaders. This performance was in Aurora in the summer of 2015.

This is a short clip of me performing a funk tune I wrote for my jazz quintet the Jazz Factory. This was from a 2014 performance in Lombard. 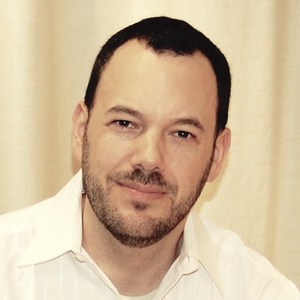 Other
My name is Dan Moffett and I am the band director and 4th grade general music instructor at Komarek School District #94. I earned my Bachelor of Science Degree (’97) and Masters Degree (’04) in Music Education from the University of Illinois at Urbana-Champaign. I love teaching music to the students of Komarek School as well as performing live in my own ensembles. I currently play in several professional bands in and around Chicago and the suburbs. I am excited to be the band director here at Komarek School, GO WILDCATS!!! 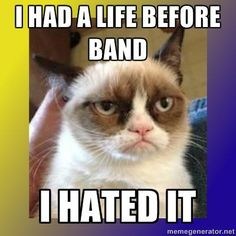 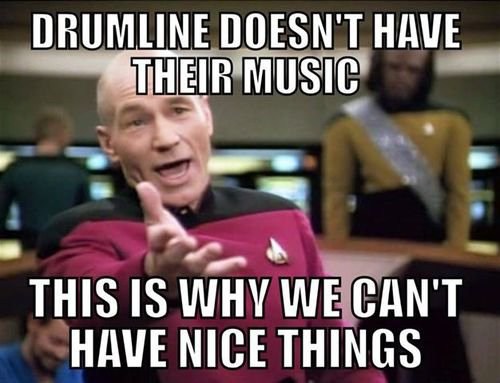 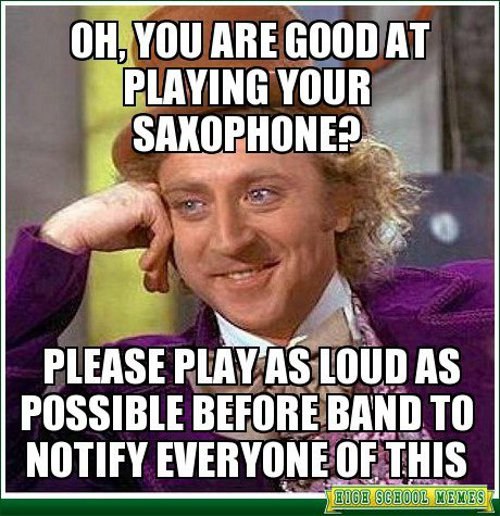 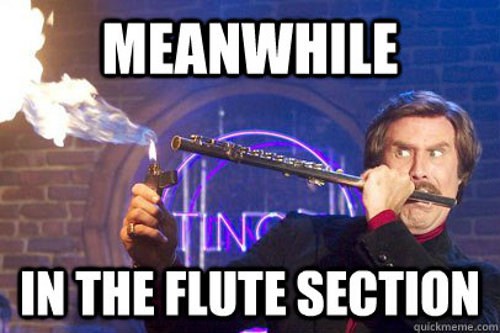 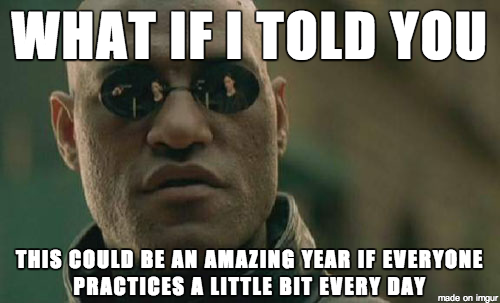 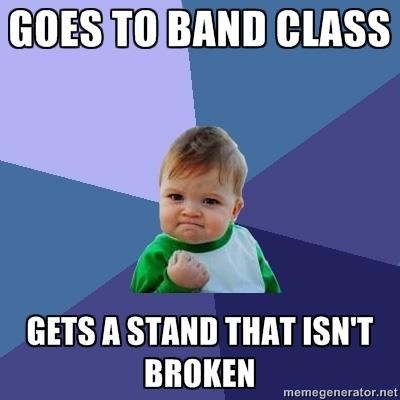 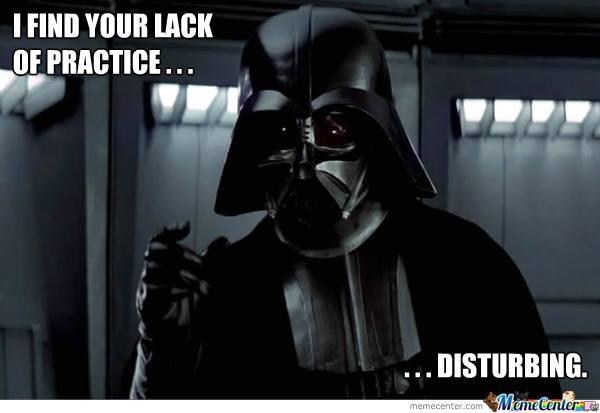 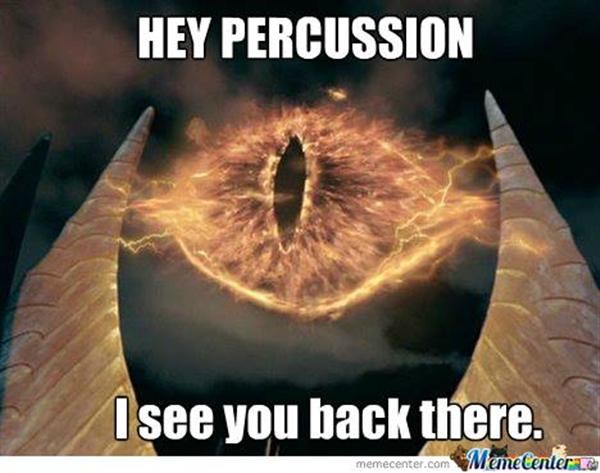 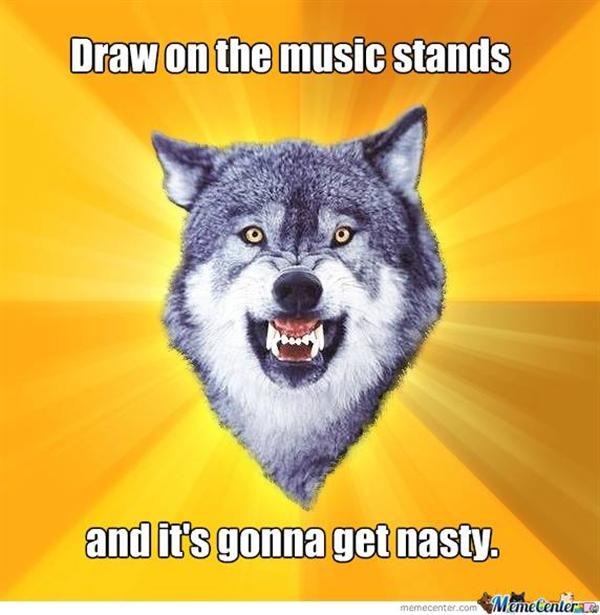 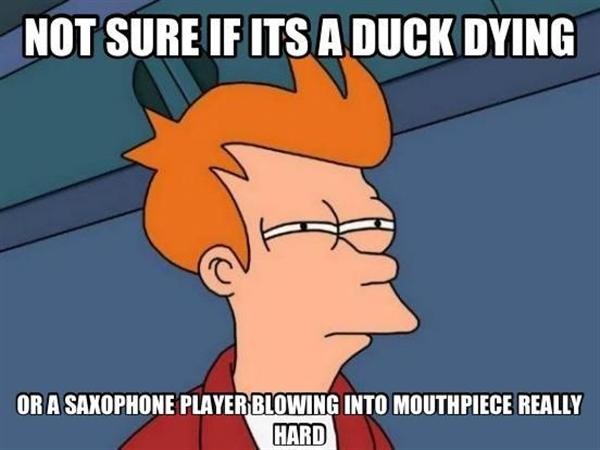 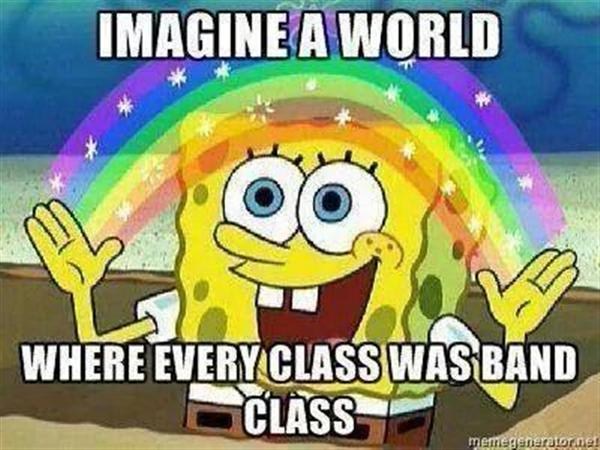 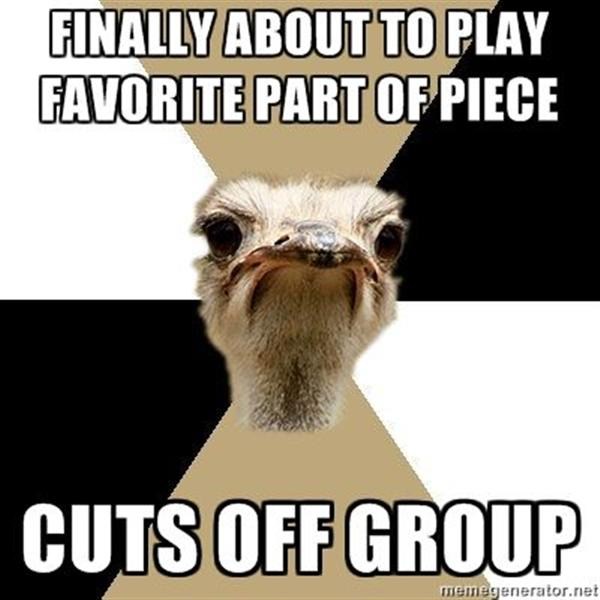 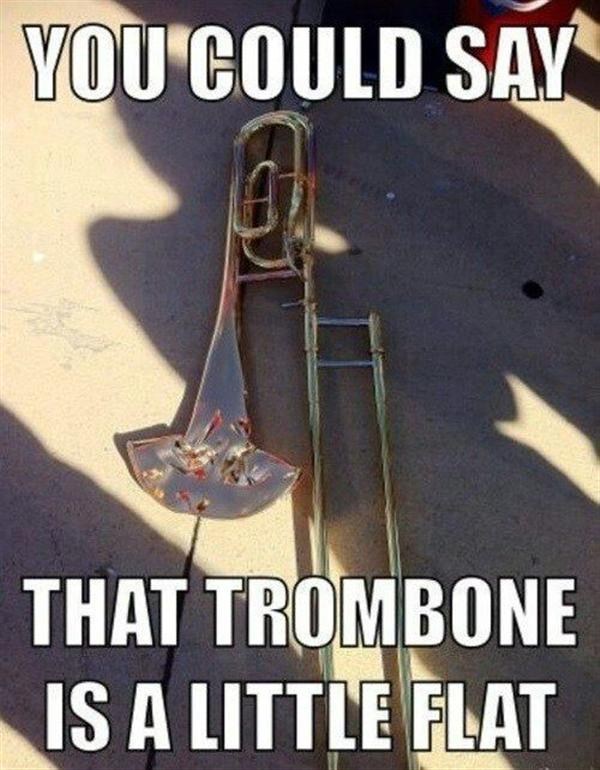 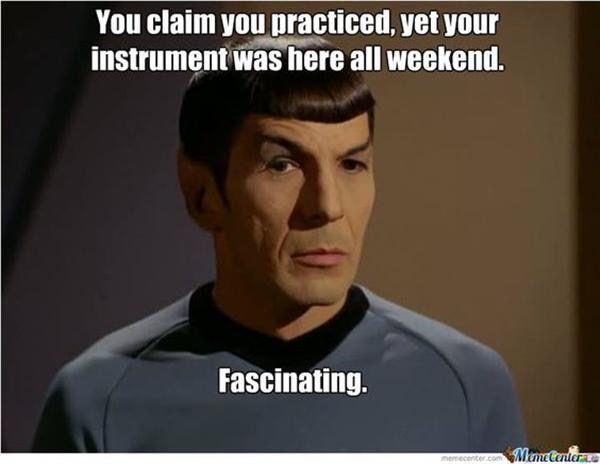 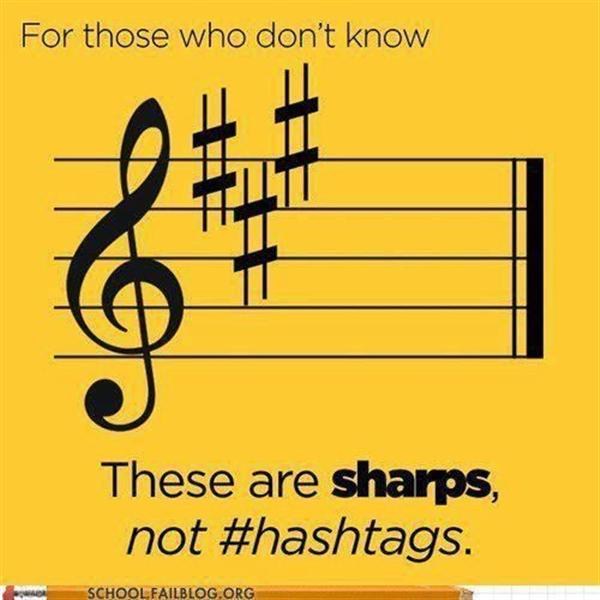 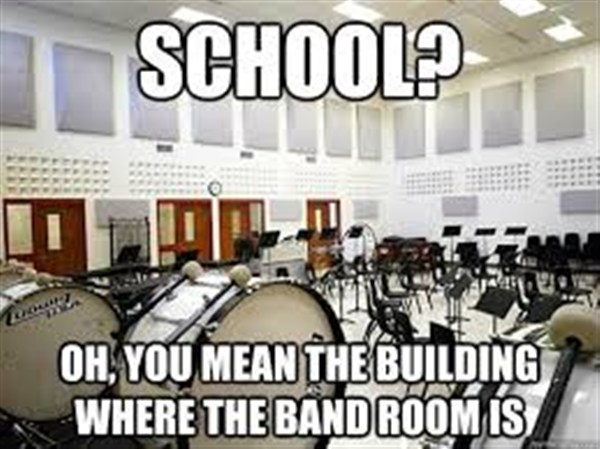 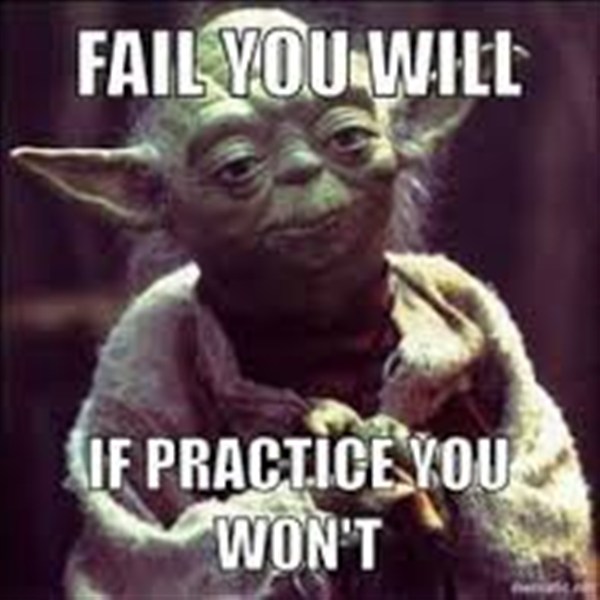 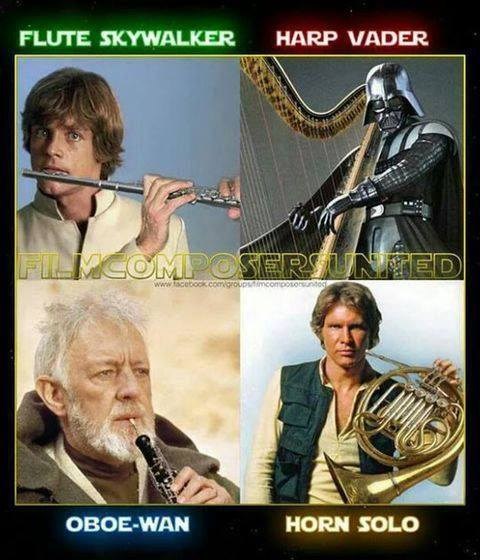